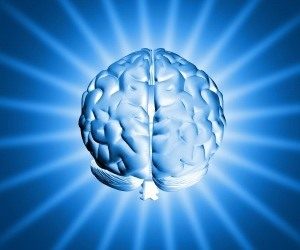 The practice of meditation dates back to ancient times. Early recorded history shows evidence that Taoist meditative techniques were practiced in China as early as the 6th century BC. Almost as early as 4000 BC, Hindu holy books like the Vedas emphasized meditation as the road to enlightenment. It is through the Buddhist writings that meditation reached a wider audience. Buddhist teachings spread across the Asian continent and around 500 BC, meditation became an essential part of virtually every Asian culture.

During the Middle Ages, meditation appeared in texts relative to Judaism and Christianity. Biblical references to meditation appear in the Old Testament. Both Genesis and the Book of Joshua encourage sacred scripts or prayers. The Islamic practices of remembrance or recollection, called Dhikr, chronicle specific postures and breathing techniques as well as repetitious phrases. The combination of these postures and phrases are meant to create a connection with the universe and God. In many religions, meditation is a crucial part of feeling a closeness to God.

The oldest known writings of almost any culture you might imagine mention some form of meditation. Although most meditative techniques come from religious works, there are nonreligious styles of meditation as well. Later in history, especially in the 19th century, meditation became a more intellectual pursuit. Rather than encouraging a person to reach a state of commune with God, the meditations sought a oneness with the universe. This type of meditation stemmed mainly from Buddhist practices, but became quite extensive in martial arts.

In martial art forms like karate and judo the aim of meditation is to increase the power and concentration of the participant. Many classes began with a brief period of meditation involving no particular religious preference. This style of meditation is directly descended from the Buddhist practices of centuries ago. The Asian influence on modern martial arts programs remains strong to this day

Although meditation comes from ancient people, today’s practices have evolved in a huge way. Since the 1890s, yoga and Transcendental Meditation remain popular. Physicians in many medical disciplines use meditation as a technique to combat disease. More recently, guided meditation has become increasingly important in cancer recovery, and in overcoming addiction.

From the ancient Vedas texts to modern ashrams, meditation has been, and continues to be, an important part of human culture. Across the world, people of all cultures enjoy the benefits of meditation.

The word meditation has many different meanings. Depending on your culture, religion or even your preferred type of exercise, meditation might be essential to your life. Finding yourself at a point in your life where you feel troubled or unfulfilled might lead you to meditation. Whatever your reason, meditation has a purpose for you.

When beginning a meditation program, determine what you would like to gain. Perhaps you wish to control your waking mind, or to still negative thoughts. There are many benefits no matter which form of meditation you choose. Some of the benefits might surprise you.

Meditation calms the mind. It allows one to focus their conscious thoughts on a single purpose. Often, chanting a phrase or word allows a person to push all other thoughts from their mind. This opens the mind to new ideas. Meditation intensifies the power of concentration within your mind and body. It actually works to still the body and separate a person from the rest of the world. Certain forms of meditation can be used to find the answer to a nagging problem. Focusing the entire mind on a single thought can free it from the constraints of normal interference from the outside world. It may not be possible to completely turn off the sounds of the world around you, but with meditation they can be temporarily softened.

Meditation can also be used to open the mind to the outside world. When a person feels disconnected from their life or their family, meditation can bring that connection back. There are forms of meditation which strive to connect the unconscious mind to the universe. The idea is to push all ordinary and mundane thoughts from the mind. Once these thoughts are moved out of the brain, fresh new ideas and comforting thoughts can flow in.

Many forms of meditation are meant to strengthen the link between the body and the mind. During these types of meditation, or waking mindfulness, a person is focused only on what she feels inside her own body. Breathing and heart rate are slowed. Lowered blood pressure and heart rate can lead to a healthier body. Meditation is used as a part of the healing process for many diseases, including cancers.

Whether meditation is completed for yourself or another person, the purpose of meditation is always the same. It allows you to separate yourself from the mundane and try to enter a higher state of control and relaxation.

Key Benefits of Meditation for the BrainMeditation  VS  MINDFULNESS